Apple has filed a motion to dismiss in a case filed by customers over alleged misleading advertising depicting the Siri technology in the iPhone 4s. The lawsuit, filed in March, alleges that Apple's advertising of Siri doesn't reflect real-world usage. When asked for directions or to locate a store, "Siri either did not understand what the Plaintiff was asking, or, after a very long wait time, responded with the wrong answer."
In a motion to dismiss (via Scribd), Apple attempts to shoot down the Plaintiff's arguments, reports the Wall Street Journal:

They offer only general descriptions of Apple’s advertisements, incomplete summaries of Apple’s website materials, and vague descriptions of their alleged—and highly individualized—disappointment with Siri. Tellingly, although Plaintiffs claim they became dissatisfied with Siri’s performance “soon after” purchasing their iPhones, they made no attempt to avail themselves of Apple’s 30-day return policy or one-year warranty—which remains in effect. Instead, they seek to take an alleged personal grievance about the purported performance of a popular product and turn it into a nationwide class action under California’s consumer protection statutes. The Complaint does not come close to meeting the heavy burden necessary to sustain such claims 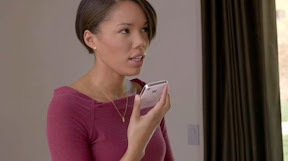 Editor's note: I think the suit is pretty silly. What if I saw a cell phone commercial showing people making calls on their phones without a single dropped call, and then when I bought my phone I had dropped calls? Do I then have a case against the carrier? Of course not. Do these carrier have to state "Usage may vary"? No.

Siri works great when it (I am most said "she") does and it disappoints me when it doesn't, but do have a lawsuit? Of course not. What I do have are some fingers that can do the task instead. Why didn't the plaintiff sue Sprint for charging us $10 extra a month for the last two years to have the 4G service they never provided? Oh the plaintiff must not have been here in Michigan. Anybody want to sue Sprint here in Michigan? Sprint changed the wording to "Enhanced Internet" from "4G", but you still have a case. Any takers?