A new Cydia tweak released today however, aims to allow the iPad to compete with a computer’s window management. This tweak is the WINDOW MANAGER for iPad! Now you can run apps in windows rather than full screen on the iPad. Simply open any application and it will be opened in a window, just like in a computer. In the Setting app, you can enable and disable the tweak. Once enabled, every app you launch will be displayed inside a window instead of opening full screen.

The tweak is iPad only and is launched, just like the regular multi-tasking in iOS, by double-tapping the home button. 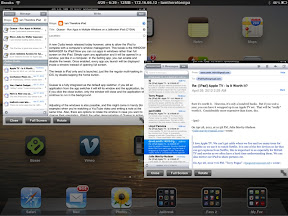 
Adjusting of the windows is also possible, and this might come in handy (for example) when you’re watching a YouTube video and writing a note at the same time. Also, there are options to rotate the window in case you want to change their orientation. 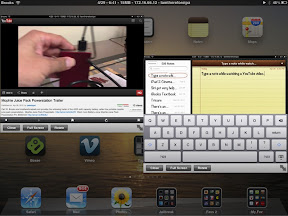 Watch the video demonstration of Quasar in action below:

Quasar jailbreak tweak is only compatible with iPad and requires iOS 5 or higher. The Quasar tweak is available as a $9.99 download from the BigBoss repository and requires a jailbroken iPad running iOS 5 or above.