Updated 05/07/2012: The free TV watching site quickly changed it's name from ioslivetv.com to ioslivetv.net.  I updated the story to reflect this new URL. - Thanks to Bing in the comments section. 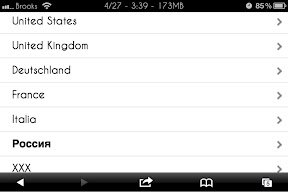 You can be assured that this site won't be around for long.  I checked and some channels appear to work and some don't.  The channels that did not work, display the "Dont' Play" symbol on the video area. 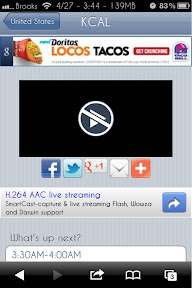 It seems that when the channels are live, they seem to suffer from traffic/bandwidth issue right now. The site has most of the popular channels and content available. 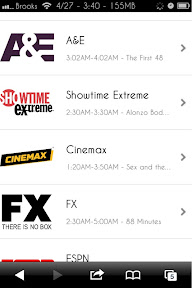 When they were playable, they displayed this screen. 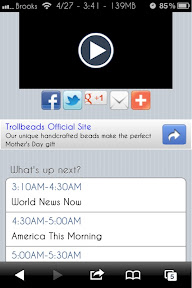 The current United States channels are as follows: 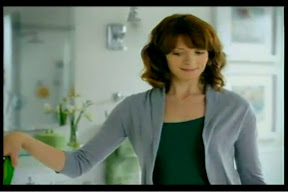 Do you think any of the above will tolerate their content being aired beyond their control? Me neither, so look for this to dry up rather quickly.

They quickly shifted their model to a subscription TV service with much different channels than the ones they started with.  Their site proudly proclaims "If you like Hulu Plus, TVCatchup and Zattoo for streaming movies you'll love Live TV on FilmOn.com".  FilmOn has both a Free iPhone app and an iPad app for their channels.  They are still out there trying to stay in the game.  So they gave in to the pressure and now a new player has entered the arena to try and make the content free.

Enjoy it while it lasts, if it's still available at all by the time you read this.

Enjoy other  (and legitimate) TV apps: