JailbreakMe.com has been around for awhile, and it's long been one of the easier methods of jailbreaking iOS devices. Over the years the site has gone through various iterations to get around Apple's attempts to plug the holes it exploited, but now it appears Apple has employed the greatest jailbreaking deterrence it can: a job offer.

“It feels like editing an English paper,” Allegra says simply, his voice croaking as if he just woke up, though we’re speaking at 9:30 pm. “You just go through and look for errors. I don’t know why I seem to be so effective at it.” 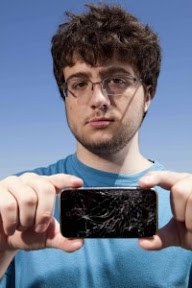 To the public, Allegra has been known only by the hacker handle Comex, and keeps a low profile. (He agreed to speak after Forbes‘ poking around Twitter, Facebook and the Brown Directory revealed his name.) But in what’s becoming almost an annual summer tradition, the pseudonymous hacker has twice released a piece of code called JailBreakMe that allows millions of users to strip away in seconds the ultra-strict security measures Apple has placed on its iPhones and iPads, devices that account for more than half the company’s $100 billion in revenues.