Google Adds Google+ App to AppStore, but not for iPad Yet

The official Google+ iOS app has been made available on the AppStore today. Becoming one of the fastest growing social networks in history, Google was quick to implement mobile applications to ensure capabilities from all devices.

It is exciting to see that this application is finally available after much anticipation. Android users have had an application from the start but other mobile OS users had the mobile web version only (which lacked many features). But what we found most alarming was - there's no support for the iPad or iPod touch. Not even iPad support with the 2x flavor.

Here is the startup screen on an iPhone. 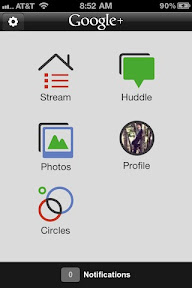 It is unclear why they would leave the two devices out right off the bat. It's understandable if Google is deciding to make a separate Google+ application just for the iPad, but why not allow the 2x option until then?

Below are the current features that the Google+ iOS application has to offer:

Stream
Everything you've shared and everything that's shared with you (Even stuff nearby!)

Huddle
Super-fast group messaging for everyone in your circles. No more mass texts!

The Google+ application is free and available for download anytime - search Google+ on your device or in iTunes: use this link also to quickly get to the application. 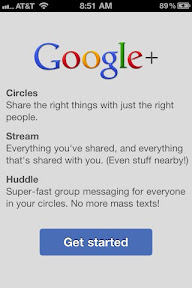 The weird thing is that I couldn't search and find it in the AppStore and when I clicked on it from the below link (from an iPad), I got the following error:

Note: Here are the compatible devices for the Google+ application:

P.S. If you have Google+, you're welcome to add me in your circles:

If you don't have an invite, please email me at carl@. I have not seen a limitation on the invites, so I am not sure why people are not sharing.

UPDATED: For those running the iOS 5 beta, it is likely you will not be able to view your Stream using the Google+ application. After tapping the Stream Button, it promptly crashes the application.