Jeff Simmermon, the Director of Digital Communications for Time Warner Cable has not held back on how his company feels about the controversy surrounding their iPad TWCable TV app on their company blog.

Our iPad app is colossally popular with pretty much everyone except for the management and legal teams at Fox Cable, Viacom, and Discovery networks. Over 300,000 people have downloaded the app to date and watched selected live cable TV channels in their homes using a Wi-Fi connection with no new wires, no new TVs, and no new set-top boxes. 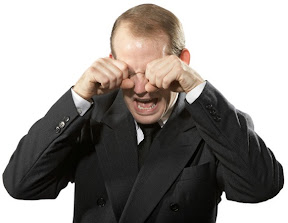 While we’ve received our share of customer complaints about the app on Twitter and in the App store, none of them have said “We really wish this thing had fewer channels on it. It’s just not fair to the programmers.”

And as you may have heard, the aforementioned programmers would like for us to pull the feeds for channels that they own from our iPad app. They are willing to threaten to sue over it, too. They also don’t want us to talk about this publicly for fear of bad PR — as though our customers are incapable of Googling a few news stories and cross-referencing them against a thinning channel lineup.

So for the time being, we’re going to have to pull some channels. Please see the following formal statement:

Yesterday, we yanked a bunch of channels from our brand new iPad app. These channels are owned by Fox, Discovery, and Viacom networks. And instead of rowing down the river of history and into the future, these programmers have chosen to sit on the bank and kick rocks. They would do well to refer to Sir Alec Guinness’s words in the greatest film of all time.

On April 1, Time Warner Cable added 16 national channels and three local channels overnight to their TWCableTV™ app for the iPad™.

This is an incredibly diverse array of programming, including sports, news and public affairs networks. Also included are our local news channels in each market where they’re available. Customers will receive all of the available networks that are included in the cable package to which they subscribe.

The new channels are listed below:


On Saturday, April 2, they continued to increase the lineup.

"We’re adding even more channels to the iPad app overnight. By tomorrow morning you should be able to see the following channels in addition to the ones we added yesterday: