Jackson, himself an iPad owner, expanded on his statement by pointing to the recent bankruptcy of Borders Books. 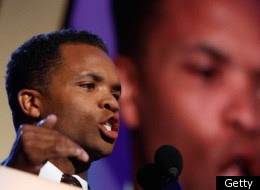 He also cited Chicago State University's initiative to replace textbooks with iPads for freshman students. Jackson stated that the goal of the University was to create a "textbookless campus within four years."

He also took issue with the device's production overseas: "The iPad is produced in China. It's not produced here in the United States. [...] There is no protection for jobs here in America to ensure that the American people are being put to work."

It seems that Jackson has changed his views significantly since last month when he said that the iPad was "revolutionizing" the country" and that it would "fundamentally alter how we will educate our children" followed by making a suggestion that there should be an "iPad for every student in the nation".