The iPad 2's rear camera is capable of recording HD films at 720p at 30 frames per second, so Remedy Films used it to record a music video using exclusively the iPads' cameras. 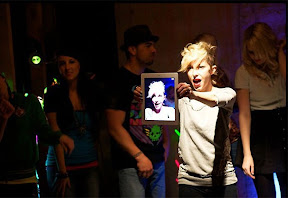 The video is for pop musician Eddy, who was looking for a video for her track "Need" (written by Eddy, Rudy Vaughn, and Trey Roth). So the guys behind Remedy Films queued outside an Apple Store on the iPad 2's launch day for eight hours, picking up four of the tablets.

The music video itself took five hours to film, followed by another 12 hours editing and made use of four iPads. Each iPad got a professional filming treatment too: One was on a steadycam rig, another on a handheld rig, and the other on a Kessler Crane Cineslider. The fourth iPad got a cameo in the video by being held by the singer.

Considering they filmed in quite dark conditions (the party mood had to be just right, you know), and it was on an iPad and not a pro video camera, the result looks pretty nice. But when you spend 12 hours mastering the film, it's possibly no surprise it looks impressive.

"Everyone had a blast. That was the point. A lot of creative minds working together in a short amount of time." -eddy

Chase Andrews, President of Remedy Films, had this to say

"This music video was shot solely on 4 ipad 2's. The video was released in 20 hours of when the ipad 2 came out."

"We knew it wasn't designed as a professional videocamera in the slightest, so we would be Stuck with whatever results we got. We probably shouldn't have filmed in a dark setting, but it actually worked well in a "party" environment, plus it fit the song perfectly! We still treated the cameras as "professional cameras." we had one mounted to a steadicam rig, one was on a Kessler Crane Cineslider, and the other one was on a DIY hand held rig. The fourth iPad was held by Eddy for a few shots of her singing and dancing.

We started the edit on the iPad. We synced all the ipads to a mac pro, then organized the videos into one folder and then synced that folder back to one iPad so we had all the footage on one iPad. Remedy films had two editors going, one on the mac pro and FCP, and the other, myself, on the iPad 2. I was able to get the intro done on the iPad, but once it came to syncing the vocals up to the song it became very hard to be so precise and creative. We wanted to be quick with this edit so we ended up bailing on the iPad iMovie edit. If we had a longer turn around time it could have been done. It wasn't bad for a $5 video editing app though. So in the long run we ended up only editing in FCP.

After being in line for 8 hours, buying 3 iPads, filming for 5 hours, and editing for 12 hours, we were exhausted. Looking back at the whole project, I am very glad that we did it. It was a great experience, and fun doing something first, that was history making."

"A big fat THANK YOU to everyone that came out to have a dance party!
HUGE shout out to Kat Slatery who not only recruited AWESOME dancers but her and her husband killed it on the dance floor."