Apple co-founder Steve Wozniak is rooting for the iPad, which he says has been a mission for Steve Jobs' since day one. 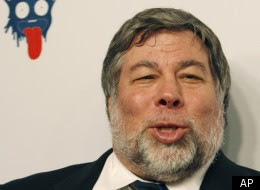 Speaking to a gathering of engineers at Storage Networking World in Santa Clara, California, Woz told his audience that tablets were intended for the average consumer.

"The tablet is not necessarily for the people in this room," he said, according to Computer World. "It's for the normal people in the world."

He said the iPad had been Steve Jobs's ultimate goal since Apple Inc. was founded in 1976.

"But," Woz recalled, "it was just hard to get there, because we had to go through a lot of steps where you connected to things, and (eventually) computers grew up to where they could do ... normal consumer appliance things."

The Woz also addressed the fierce competition that has arisen from the iPad's competitors built on Google's Android platform.

"I read today that Android tablets are expected to surpass iPads, and I hope that never happens," Wozniak said.

Wozniak has expressed similar sentiments in the past. In 2010, he said he was "saddened" by Apple's and Google's rivalry.

"I love Google but I'm afraid it has the chance to of becoming the the Microsoft of the future," he said at the time. "You remember how Microsoft used all of their ownership of the operating system to take over the browser."