The iPad 2 was announced last week and is set to go on sale this Friday, March 11, 2011 at 5pm EST. No preorders are allowed, so the lines will develop outside the Apple store. There will be alternative locations like Best Buy, the Verizon and AT&T stores, but I would call your local store to see if they will have stock; expect smaller supplies and smaller lines at this locations. You can also buy yours online at the Apple website.

With the arrival of iPad 2, the prices of original iPad has been reduced by $100 USD. That $100 price reduction will be strongly considered by potential new iPad owners. After all over 15 million iPads have been sold to date, so obviously the original iPad is still a good investment and tool.

Below are the six things that makes iPad 2 better than original iPad:

1. The iPad 2 uses a new A5 dual-core processor, while the original iPad uses the A4 single core processor. The iPad 2 is twice as fast as previous iPad and the graphics performance is 9 times faster.

2. The iPad 2 is 33% thinner and slightly lighter than the iPad. Its just 1.3 pounds, compared to the 1.5 pounds of the previous iPad. This gives iPad 2 a slimmer and sexier look. Believe me, the seemly minor change make a big difference over time. 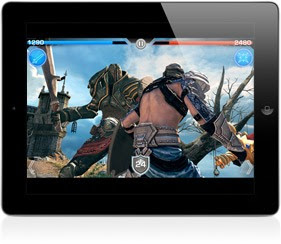 3. The iPad 2 offers dual cameras so you can use it for both still photography and video recording. They can be used for video communications with friends, love ones and associates whether they have a new iPhone 4 or iPad 2. The previous iPad doesn’t offer these features. No matter how silly this may seem to use in the real world, you will use it and love it. 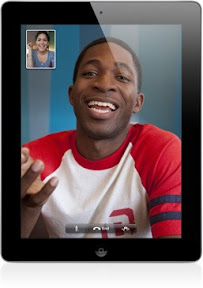 4. The iPad 2 has HDMI capability (optional adapter for $39) which allows the iPad 2 to be connected to a flat-screen HD TV, so whatever you see or hear on your iPad 2 will be seen and heard on the big screen. This is not possible with iPad 1, which has $29 adapters that provide video out (no sound out) for only a few select apps. 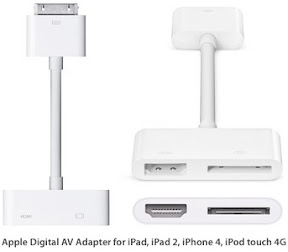 5. The iPad 2 runs on iOS 4.3 which gives you a better multimedia experience. Even though iOS 4.3 will come to the original iPad, you will have to get used to not being able to enjoy all the benefits of the newer OS. Certain features and apps that take advantage of the new features or new hardware difference will keep you from adding certain apps or upgrading certain apps you will become accustomed to enjoying on the iPad. For example, Apple says that the iMovie will not be available on the original iPad even though I currently used the iPhone version on my iPad. There is talk that the HDMI cable will not work with all apps on the iPad 1. Today, there are 4.2.x apps that won't even install on the iPad because it is made for an iPhone with a camera. We can expect other 3rd party apps to complain that we are on an iPad 1. Some apps will be obvious that they include camera functions, but some will not and you just won't be able to install the app when differences exist. FaceTime, while it obviously not compatible, is different because it is loaded on the iPad 2 and won't exist on the iPad 1 even after loading 4.3.x.

6. The iPad 2 offers additional choices than were available with the iPad 1. Not only do you have the choice of a black or white top bezel on the iPad 2, but you get a choice of which wireless carrier will provide you with 3G Internet service (if you choose a 3G model). When the iPad 1 was released, you could pick any color you wanted for your Apple case as long as it was black. With the new Smart covers ,made only for the iPad 2, you can choose between 10 colors on 2 different materials. Not only will you be able to distinguish your iPad 2 from the iPad of the envious iPad 1 owners, you can tell which iPad 2 is yours amongst the other lucky iPad 2 owners too - thanks to the Smart covers.

So unless money is a huge issue, you will benefit from the enhancements that the iPad 2 and the enhanced OS will allow. You get all the extras, by having resisted buying one over the past year, and you get them for the same price the early adopters paid. If you still want the iPad 1, you will have to ask for it directly because they will not be on the main floor of most retailers' stores or at the Apple store. If I was buying an iPad for the first time, my money would be on the iPad 2.