iPad 2 Goes on Sale March 25 to 25 Countries outside the U.S. - The Lines are starting all over for iPad 2

Right on cue, as the new day arrived for our friends in the east, the iPad 2 went on sale. Apple has planned since the iPad 2′s introduction, for the device to go on sale internationally on March 25th. Sales began online at 1AM local time, and 5PM local time in Apple’s brick-and-mortar retail stores. 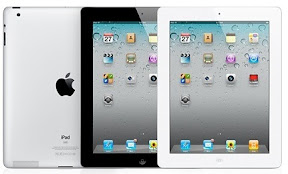 Even with Apple’s separate distribution lines for different geographical regions, the iPad 2 has a 3-4 week shipping window, which is up from the 2-3 week shipping period reported this morning. If you're a customer in Australia, you’ve got another few weeks of waiting.

Our closest neighbor to the north Canada.

At 5:00 P.M local time on March 25, Canadians will get to see what has us Americans so excited that we’re willing to line up for hours just for the chance to buy an iPad 2. It’s not because the upgrades to the device are so breathtaking – although they are very substantial – it’s because of the greatly enhanced user experience the new device offers.

Customers line up for the iPad 2 outside Future Shop. Limited quantities of Apple's long-awaited newest tablet make their first appearance in Canada today. 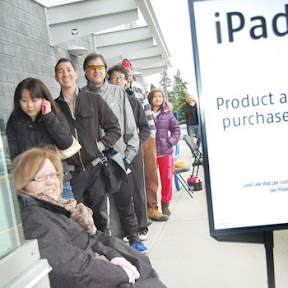 The iPad 2 is slated for release in other countries such as Hong Kong and Singapore at an undisclosed date.

The lines were gathered around the globe for the iPad 2. 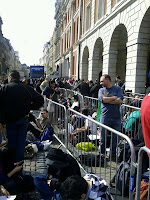 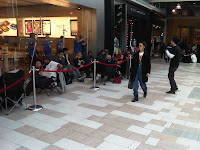 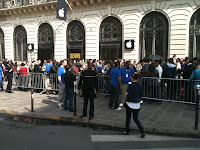 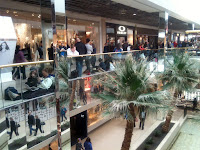 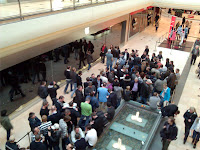