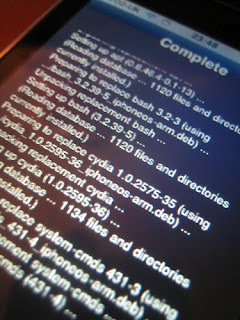 The US Government looks set to make the process of jailbreaking and performing a carrier unlock on your iPhone legal after new rules were announced in Washington earlier today.

It's no longer illegal under the DMCA to jailbreak your iPhone or bypass a DVD's CSS in order to obtain fair use footage for educational purposes or criticism. These are the new rules that were handed down moments ago by the U.S. Copyright Office. This is really big. Like, really big.

These new exemptions will allow owners to break access controls on all mobile phones purchased in the US, one of only a few exemptions from a federal law that prevents the tampering or the circumvention of technical measures that prevent access to copyrighted works.


Every three years, the Library of Congress authorizes exemptions such as these to ensure that existing law does not prevent the non-infringing use of copyrighted material.


It’s an incredible ruling, Apple had previously argued that jailbreaking was illegal under the DMCA, justifying this by claiming that opening the iPhone to third-party and unapproved applications would compromise safety, reliability and allow software to be pirated.


The office looks at copyright law every three years in order to make revisions or exemptions. The six “classes” now exempt from prosecution under the DMCA are:


1. Defeating a lawfully obtained DVD’s encryption for the sole purpose of short, fair use in an educational setting or for criticism


2. Computer programs that allow you to run lawfully obtained software on your phone that you otherwise would not be able to run aka Jailbreaking to use Google Voice on your iPhone


3. Computer programs that allow you to use your phone on a different network aka Jailbreaking to use your iPhone on T-Mobile


5. Cracking computer programs protected by dongles when the dongles become obsolete or are no longer being manufactured


6. Having an ebook be read aloud (is for the blind) even if that book has controls built into it to prevent that sort of thing.


This is easily the biggest tech news I have come across in quite some time—we’re talking years here. I’m actually going to need a few moments to digest all of this.


What do you think, has Apple got its just deserts? Is the ruling fair? We certainly think so.